Four years ago today, I moved to Los Angeles.

I was afraid I might be running away, the sort of running away you engage in when trying to escape yourself — both impossible to accomplish and impossible to resist attempting — and maybe I was. I’m not even sure now, because returning to the state of mind I was in then is impossible. Considering how unhappy I was then, this is a relief, even if it makes the me of my early 20s essentially a stranger to me now. I don’t know how that girl was somehow able to spend so much time so alone, doing so little; I don’t know how she survived wasting the countless hours on the horrible jobs she did. I don’t now how she survived to become me, but perhaps that’s the key word: survival can erase everything but the barest essentials from your life. You can withstand things that might cripple you under other circumstances, or that might seem insurmountable from the outside, purely because human beings are as stubborn about surviving as a virulent strain of some horrible plague. We keep thinking things cannot be survived, and then survive them, almost in spite of ourselves.

One of the best novels I’ve read this year was centered around the multiple universe theory of physics. (Well, funnily enough, that’s actually true of the plots two of the best novels I’ve read this year…) The concept of the various versions of yourself you both do and do not become (or, rather, the version you become in one timeline versus another) has always been something I’ve thought of now and then, but the plot of a book bringing physical manifestation to that idea made me think on it more. Who would I have become if I hadn’t come here? How much longer could I have survived my life as it existed then? One of the few things I do remember vividly from that time is how desperate I had become to change my circumstances; I would have done just about anything to do so. I had no money, and I let that keep me from making the move for years, but eventually even that could not stop me. I risked living out of my car to get away. To come here. I only escaped that potentially disastrous outcome by the very thinnest skin of my teeth, with some unexpectedly generous outside help, and through some pretty absurd (and uncharacteristic) luck.

The first month was hell. I told no one, because I didn’t have the words, and there was really no one to tell, besides. I burst into tears in my car on several occasions, in full view of any strangers who might see through un-tinted windows; whoever I was becoming, I was frighteningly different from the woman who, just weeks before, had never even shed a tear in front of the friend she’d had since she was seven years old. It shocked and confused me; I felt like a stranger to myself. Whatever I thought I knew so solidly about myself, my identity; nothing felt certain anymore. I ate very little, and poorly; I couldn’t afford to do otherwise. On more hopeless days, I thought I might be losing my mind. Just who did I think I was, driving a U-Haul up here with absurdly unfocused hopes of finding some kind of salvation in a new city? At least actors, actresses, writers — the ceaseless tide of people who come here with dreams of becoming part of The Industry — have some idea in mind of who they want to become, of what life they want to find or manufacture. I had nothing. I didn’t have any sense of who I was then, and no idea who I might possibly be. I looked at the choice I had made the night I arrived, sitting on the floor alone in an unfamiliar apartment littered with cardboard boxes, and the brazen stupidity and recklessness of what I had done crashed over me like a wave. (And that was before I realized I’d left my cell phone with my friend already on his way back to my hometown, and knew literally no one in the city.) I can be terribly cruel to myself, but I’m sure I’ve never berated myself with more force than I likely did then, knowing I had no way to go back should I change my mind or fuck up, no safety net of any kind to protect me if I failed, and no idea at all how to move forward. I’m amazed I didn’t actually throw up. Probably all that stopped me was sheer stubbornness and an empty stomach.

But I had felt the energy here, so many times before, during brief visits to the city; all the people in the midst of creating or striving, and felt so drawn in by it, you could have measured the polarity inside me changing with a multimeter.

Whenever I came back to visit my hometown in the future, I wanted to be nearly unrecognizable from who I had been before. I guess I never knew, until it propelled me here, how powerful a motivator self-hatred can be. If you are determined enough to become a person you don’t hate anymore, you can do just about anything. It will sting your throat like bile and make your insides feel scraped out and raw, but you won’t be the same on the other side of it. You’ll shed the skin of your former self like some venomous snake.

Not much later, I met someone who not only forced me to confront my honest, truest, sometimes ugliest self, but saw through all that to the better and best parts of me, then chose (and still chooses) to remind me of them often. He thought I was beautiful even at my messiest and most lost (and still does, though I can still be plenty messy now). He looked at me and didn’t see anything other than who I really was, before I even knew how to see her fully. He helped me build a safe place to discover her for myself. Now, we get to move forward together, too; we get to build new things, forge new paths. I get to be braver than I knew I could be. But that version of me was always in there, somewhere, or I don’t believe I could be her now. I had to earn the right to meet her, then to become her. It was the hardest, most necessary, work I’ve ever done. 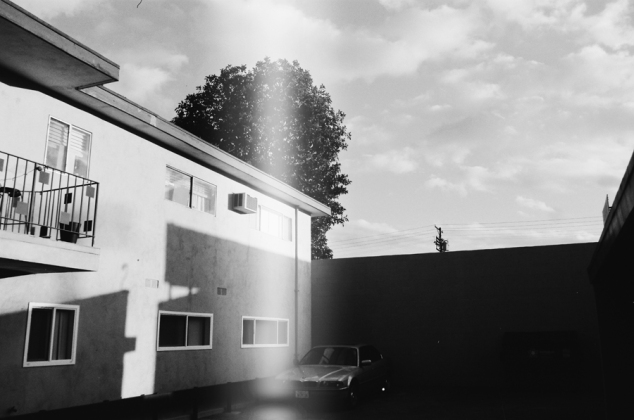 I found an amazing city. I found streets I loved to walk on, and places I loved to walk to, things I loved to do. The first place I lived here was not ideal, but it was preparation for where I would end up next, which pretty much is. Sometimes, still, I walk through my neighborhood, or further out, and feel the breeze move through me like wings fluttering in my chest. I feel so full of love for my city I could run over with it like an overflowing cup. I’ve found a kind of home and peace here I don’t believe I’ve had anywhere else. I found wonderful friends. I found good work. I found inspiration, which had been absent so long I was afraid I’d lost it forever. I sat at a table in a dumpy little burger joint late at night, after coming in from a bit of rain, let someone hold my hand and really look me in the eye, and took a step toward an unknown future, cracking my heart wide open to any and all of it like an eggshell. All of these things are, in a way, part of the same single choice I made to point my car north and set out alone for whatever I could carve out in the world for myself. It was — all of it, simultaneously — the best, bravest, craziest, most terrifying, and most rewarding thing I’ve ever done. I never knew I had it in me until I had already done it, and by then there was no turning back. Not that I ever would have. 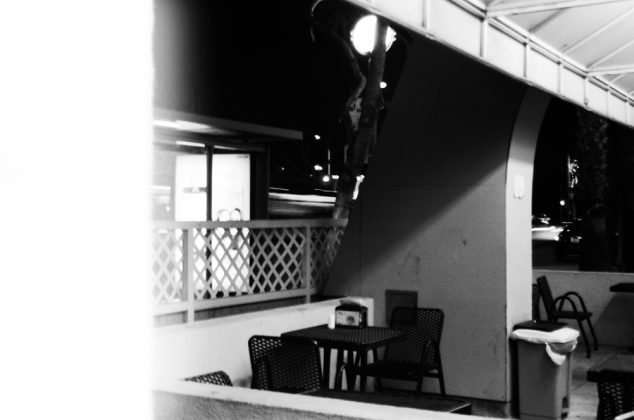 I blogged throughout all of this, sometimes in painstaking detail (albeit on another site) to bolster my memory —  to this day I know (and am grateful for knowing) that particular memories are especially vivid to me because I documented them while they were freshest in my mind — and later, as I allowed it to become more personal, more therapeutic; to understand, or at least attempt to make some sense of myself. I still do. I’m doing it now.

It wasn’t a painless process by any means; I’ve weathered things since coming here that brought hurts with them deeper than anything I’d experienced before. But I’ve earned what I’ve made, and part of it comes with and through those things, too. Nothing worth having comes without struggle, or so they say. I’ve been fortunate enough to experience plenty of firsts in my life during my time here, too. Some infuriating (first parking ticket, moving violation and tow to the impound, though thankfully not all at once), some disgusting (cockroach infestation! thanks to the messiest roommate ever, also my first, of the non-familial variety), some exhilarating and transporting (kiss, and all that followed it), some shocking (celebrity friends (?)), others all manner of bizarre (too many to list here, frankly). An on and on, and so it goes. 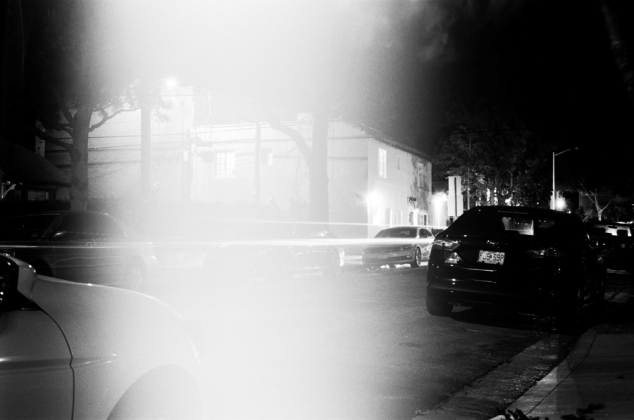 Maybe you do have to start out running away — and maybe it doesn’t much matter what from — to end up finding the truest version of yourself. To each their own. Maybe fear and pain and risk and struggle have to combine in just the right way, at the right time — like chemicals in solution, under just the right control settings — in order to burn through whatever falsehoods and barriers you’ve constructed around yourself, until there is nothing left but your true, core self. It’s not that your real self never changes — it’s changing all the time; we are constantly remaking ourselves and relearning ourselves until the day we die — but that you reach that decisive point, where you make a choice: I will not stay still the better to hide from myself. I will keep moving forward to see myself more clearly.

Song lyrics are Madonna’s, © 1998, from my favorite song of hers; photographs are all mine, © Eleanore Studer. Shot long exposure throughout the city with my ’76 Nikon F2S on Fujifilm Neopan 100 Acros black and white negative film, winter 2015/2016. 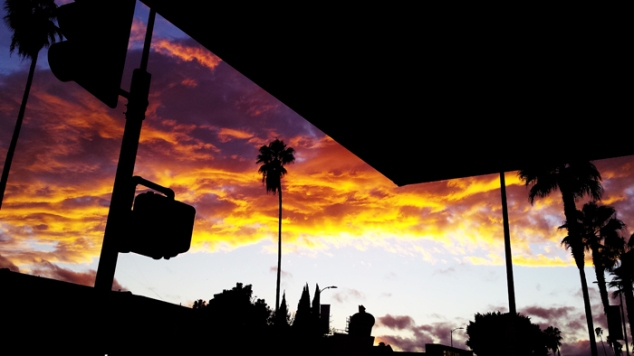 Capturing beautiful sunsets is cake in this city, but this is probably my best so far. Taken from my favorite cafe in Hollywood. No color adjustment or filters necessary. 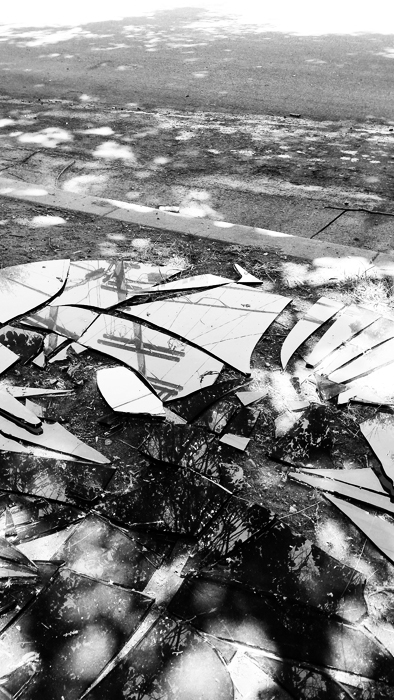 This was easily one of my three best photos taken while out walking in my neighborhood last year.

The neon has been repaired since I took this, but I always liked it a bit better half-burnt out…